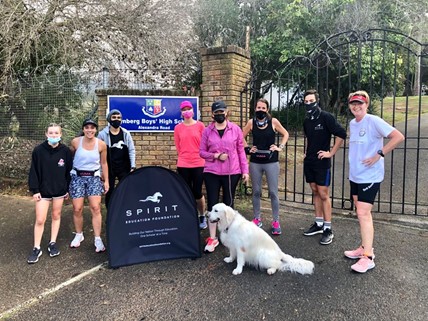 Saskia Wiese shares some highlights from the day:

On Youth Day, Wednesday 16 June, we set out into the streets of the Southern Suburbs running past nine of the Spirit Education Foundation partnership High Schools. Our run started at Pinelands High School at 08:30 and we were sent off by principal Dave Campbell. At Westerford we were welcomed and supported by scholars and parents giving us the best starting boost to carry on running. At SACS, Mr Brendan Grant, and his wife Di met us with virtual high fives and encouragement. The run to Claremont High School was quieter than the start but as we looked up the main road hill a group of scholars and parents stood waiting for us. Halfway never felt so great. A quick photo, wine gums and water sped us off to Wynberg Girls High School where 3 learners joined us in the run. At the top of a long uphill Mains Road, we were joined by Jennifer Wallace (principal of Wynberg Girls’ High School) and Julie de Villiers (Wynberg Girls’ High School Finance Director) with Jenn’s beautiful golden retriever Brody. The Wynberg Boys High School running club joined the run at Wynberg Boys’ making for a lovely addition to the pace and comradery.  Thank goodness for the downhill to Wynberg Girls’ to freshen our legs, where we were joined by more Wynberg Girls’ High scholars. At Norman Henshilwood more scholars and parents were there to meet us and cheer us on, and another scholar joined in on the run. Across to South Peninsula High School and ending off at Bergvliet High School we were a total of 19 runners made up of Spirit Education Foundation staff, educators from Bergvliet High School, Wynberg Boys High School, Wynberg Girls High School, friends and scholars. A big thanks to Matthew Edley from Vuma who cycled the route with the group ahead and Spirit Education Foundation Alumnus Becky Leighton who stuck by the back group on her bicycle along the route. The entire run from Pinelands High School to Bergvliet High School stretched 21km. Jelly legs, exhausted, thirsty, and sweaty, yet coming into Bergvliet High school we were joined by 24 scholars and their families running the final lap with us making every step, km worth it, our hearts could not have been fuller. Thanks to PURA Soda for assisting with the perfect post run beverages!

The event was a resounding success with over R21 000 raised towards the education and support of scholars in the Spirit Education Foundation programme. Thank you to Vuma, PURA Soda and BuchuLife for the generous support, to the runners, scholars and their families for the enthusiastic support on the day. 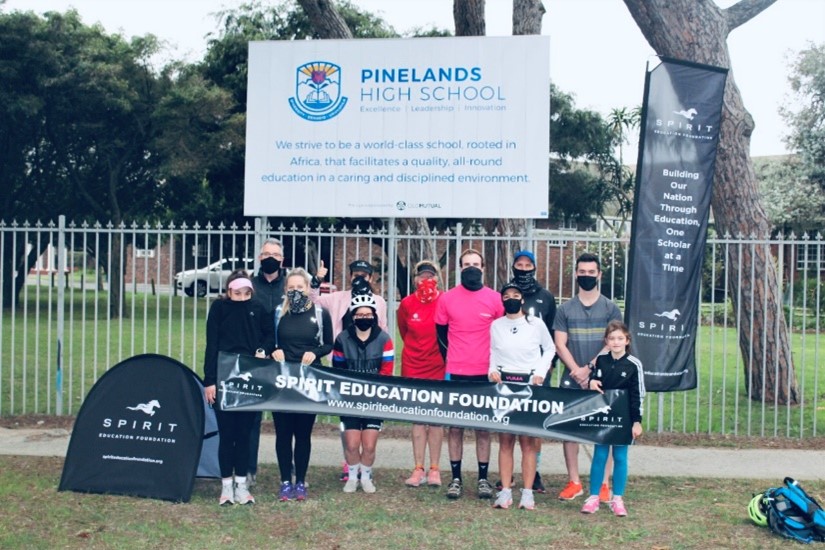 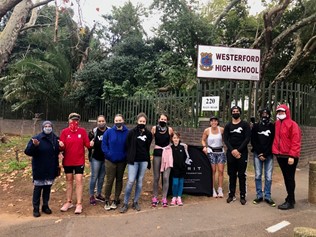 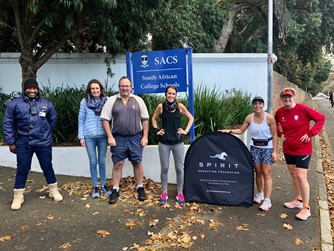 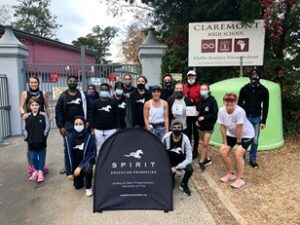 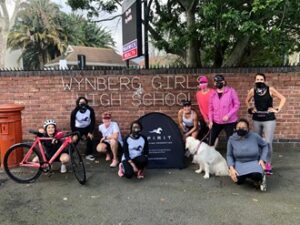 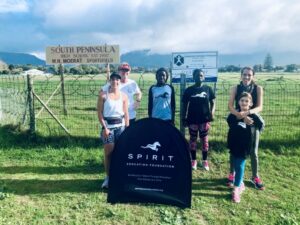 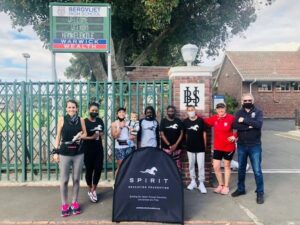