Home / Our Stories/ Thank you for supporting an orphaned rhino

Thank you for supporting an orphaned rhino

South Africa is at the centre of the rhino poaching crisis. Rhinos are being brutally murdered daily in National Parks, Provincial Parks and on private property to meet the demand for bogus medicines made from rhino horn. The illegal rhino horn trade catapulted the status of the White Rhino to ‘Near Threatened’ and the Black Rhino to ‘Critically Endangered’. After years of silence about the Kruger National Park’s (KNP) rhino populations from South Africa’s Ministry of Forestry and Fisheries as well as Environmental Affairs, we can now confirm that rhino populations in the KNP have plummeted to an estimated 3549 white rhinos and 268 black rhinos.

This is what we as a collective are facing. Our challenge is to ensure our vision of securing viable black and white rhino breeding populations in protected areas through community involvement and the integration of sustainable solutions. If there are not well funded, protected places such as Care for Wild Rhino Sanctuary, we will lose this fight to save an iconic species from extinction. Thank you for choosing to fight alongside us. Your contribution, effort, dedication and passion really do make a difference.

Save rhinos, to save people, to save tomorrow. 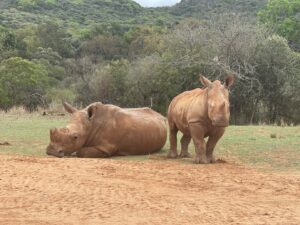