Home / Our Stories/ Hard of Hearing

The Spirit Community Foundation assists the hard of hearing. Here’s just one such story:

Ms Jacobs, the youngest of 10 children, was born in Wynberg in 1948. Ms Jacobs previously lived in Mitchells Plain, but due to ongoing crime in the area, she made the decision to move to a friend’s property in Grassy Park. Ms Francis is mother to four children and five grandchildren. She is extremely fond of her grandchildren and takes care of her 7 month old grandson each day. A few years ago, Ms Jacobs noticed that when listening to music, she could no longer pick up the instruments in each song and was struggling to sing along to the words with her brother. She also found that it was becoming difficult to hear church sermons, keep up with singing hymns and, much to her embarrassment, communicate with supermarket assistants. This led Ms Jacobs to attend a #HearItTogether screening day, which was held at her church (Assembly of God, Grassy Park) in March this year. HearInAfrica confirmed her hearing loss and took her under their wing. The audiologists conducted further diagnostic testing and in July, Ms Francis was fitted with a hearing aid which was kindly sponsored by The Spirit Community Foundation. At her hearing aid follow up appointment, Ms Francis couldn’t stop smiling and exclaimed, “Oh church is such an experience now!” 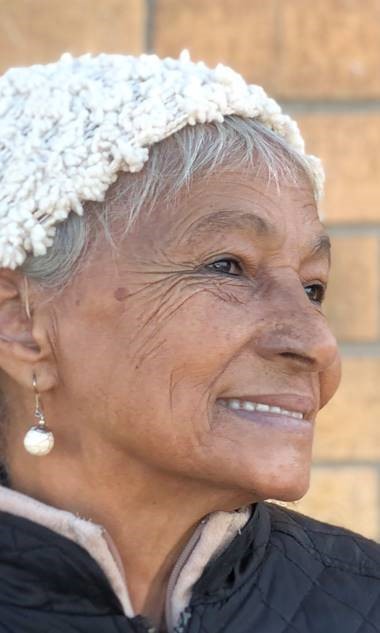