The Elephants Alive’s ID study involves taking detailed photos for identification of all elephants on field trips, recording age estimates, social context, GPS location and the reaction of the elephant to the observer. Once an ID drawing has been made the animal is named. Intwandamela was christened on 23 March 2004. Meeting Intwandamela for the first time was the most indelible experience and certainly earned him his name. We primarily ID elephants from the research vehicle but on this day, I was on foot with Eckson, one of the most experienced trackers imaginable. We were specifically stalking the bull for ID pictures after reports of a very impressive animal had come through via the radio network. I was mesmerised by his beauty as we watched him ambling along. His sweeping tusks were hypnotically swaying from side to side. We thought he was unaware of us but as he rounded a termite mound the wind suddenly shifted. He immediately charged. I stood glued to the ground, knowing not to run at such close quarters while Eckson bravely walked forward, raise his arms and shouted ‘Hey! Hey!’. I will never forget how diminutive Eckson’s outline looked against the backdrop of the huge bull’s raised head and piercing amber eyes. Time froze. We held our breath as we stared at each other – us hoping the bull will realise we mean him no harm, the bull wondering if he needs to charge again as the dust of his mock charge slowly settled on our unfamiliar outlines which still remained. He kept his fiery glaze on us but gradually lowered his head, then shook it and slowly turned on his heel. We breathed again. Eckson flashed his white teeth at me in an adrenaline-filled smile, then motioned to start the long walk back to camp. We walked in silence and in awe of the experience. Having captured his ID I thought that naming him Intwandamela (he who greets you with fire in his eyes) would be very fitting. Eighteen years later we still have the privilege of meeting this gentle giant whose character has mellowed with age. 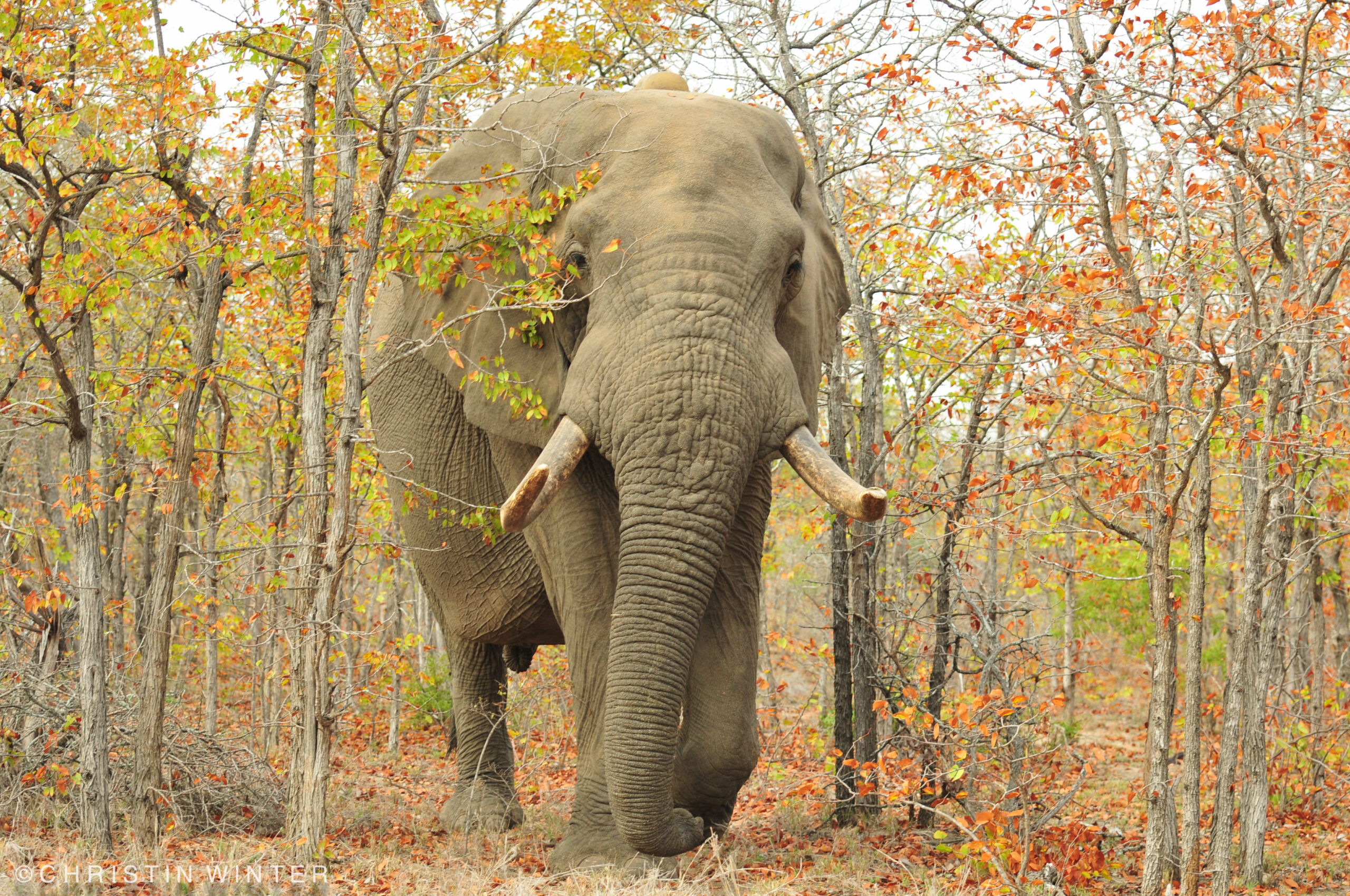 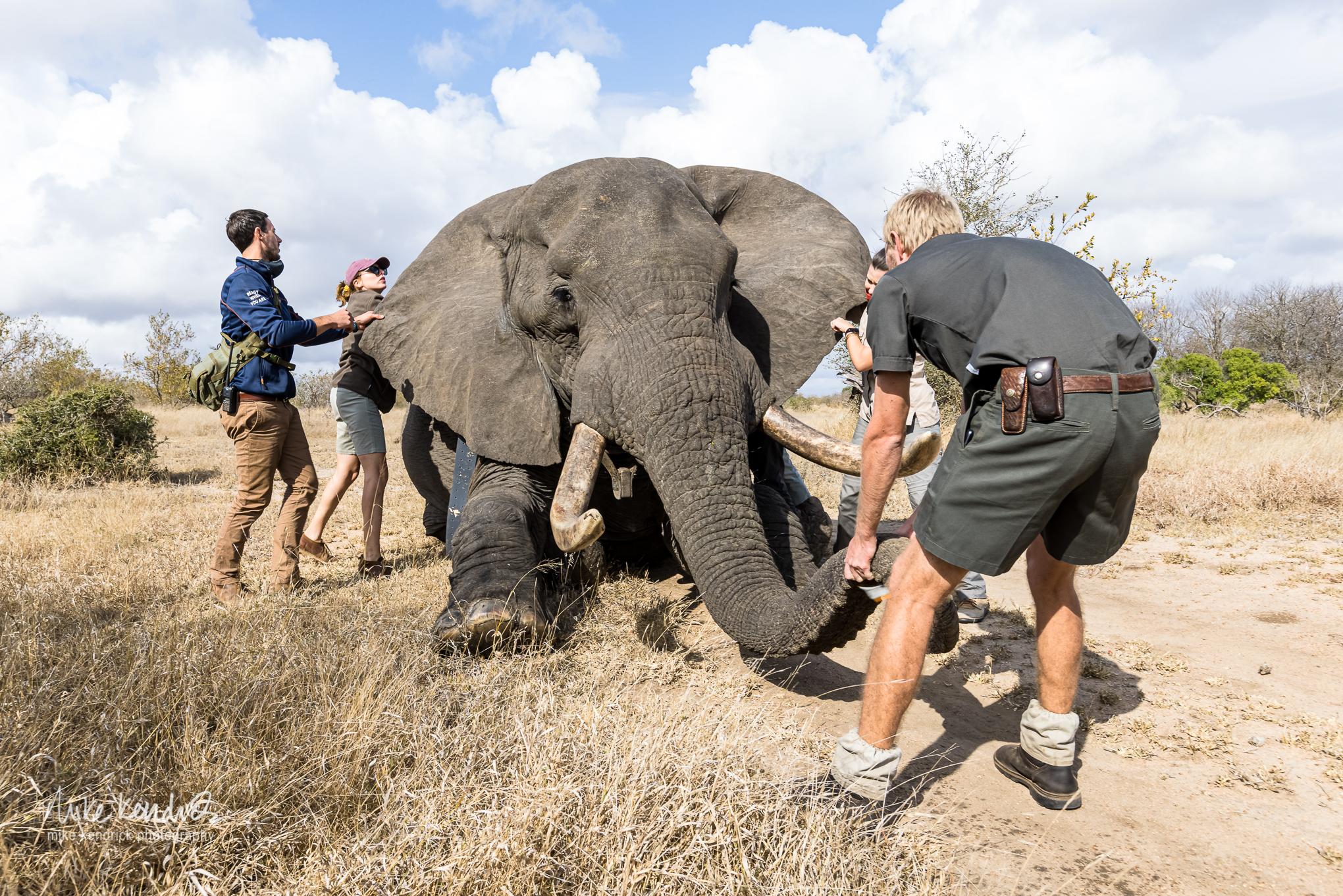