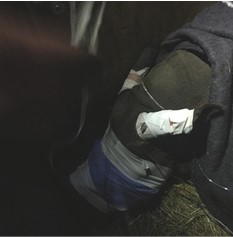 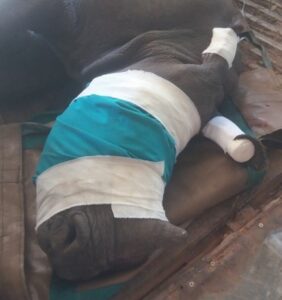 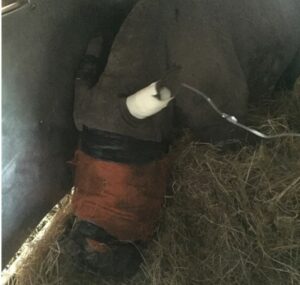 November 2016 saw the arrival of three orphans within just a few days of each other. Grey, Jemu & Spirit were orphaned when their mothers were killed by poachers. Rescued and brought to Care for Wild Rhino Sanctuary, they were quickly introduced to a slightly older orphaned calf, Zac. The four rhinos quickly became incredibly close friends and transitioned from the Intensive Care Unit and down to the bigger bomas together. 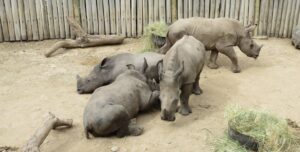 Over the next 15 months they continued with their rehabilitation programme. Spirit was a particularly challenging baby. She was severely compromised on admission. She had recurring bouts of pneumonia and struggled to gain weight.
Spirit Wildlife Fund has supported this little orphan from the beginning, and we are so grateful for your continued love, commitment support and belief in this little girl who holds such a special place in our hearts.

As time progressed, the crash grew stronger as individuals and as a group and in 2018, they were introduced to another orphan, little Lilli. Little Lilli was significantly younger than her older friends but they accepted her instantly and Lilli became part of the Fab 5.

In January 2019, Zac, Grey, Jemu, Sprit and Lilli graduated from the rehabilitation programme and entered the rewilding and release phase in the Intensive Protection Zone (IPZ). The last two years has been the beginning of a completely new journey for these rhinos as they learned to integrate themselves back into their natural ecosystem and navigate the social dynamics of older rhinos. This process has been a reminder that each rhino is unique and has their own needs and speed of progression. Zac returned to the bomas, unable to handle life in the veldt at this stage.
He joined a smaller crash and is acting as a role model and comforter for younger orphan Kai. He is playing a very valuable if unexpected role in Kai’s rehabilitation journey.
Meanwhile, Grey, Jemu, Spirit and Lilli are thriving in the IPZ. They have now experienced three Winters in the veldt and are coping extremely well. Spirit is by far our biggest surprise! She is blossoming and becoming a very strong young cow. 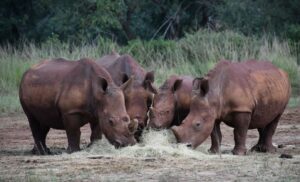