Just two weeks after Wyntir and her newborn made international headlines, fellow orphaned rhino River, gave birth to a little bullcalf.
Baby Pebble was born between 05:00-and 05:30 on the morning of 1st March 2022 and is the second calf to be born at Care for Wild to two orphans of poaching.
River was rescued on the 4th September 2014 after poachers killed her mother. Alone and defenceless, River was attacked by lions who left deep wounds on her legs. River underwent an extensive rehabilitation programme and was released into the IntensiveProtection Zone in 2017. Although her injuries healed, River still bears the scars which serve as a continual reminder of her fight for survival.
Until recently it was unknown, whether orphaned rhinos would be able to conceive and deliver their own calves naturally. Nobody knew the long term implications for rhinos who had never had their mother’s teachings or experienced the social dynamics of wild crashes. Nobody knew whether they would be able to understand reproductive behaviour queues, or if they would know how to raise their own calf. There was also uncertainty around the impact of physical injuries as well as psychological trauma.
So far this year, there have been two monumental and historical moments in rhino conservation history with the birth of Blizzyand Pebble.
It has been unbelievable to observe how Wyntir and River have adapted to motherhood.
What an absolute privilege to witness these miraculous moments. 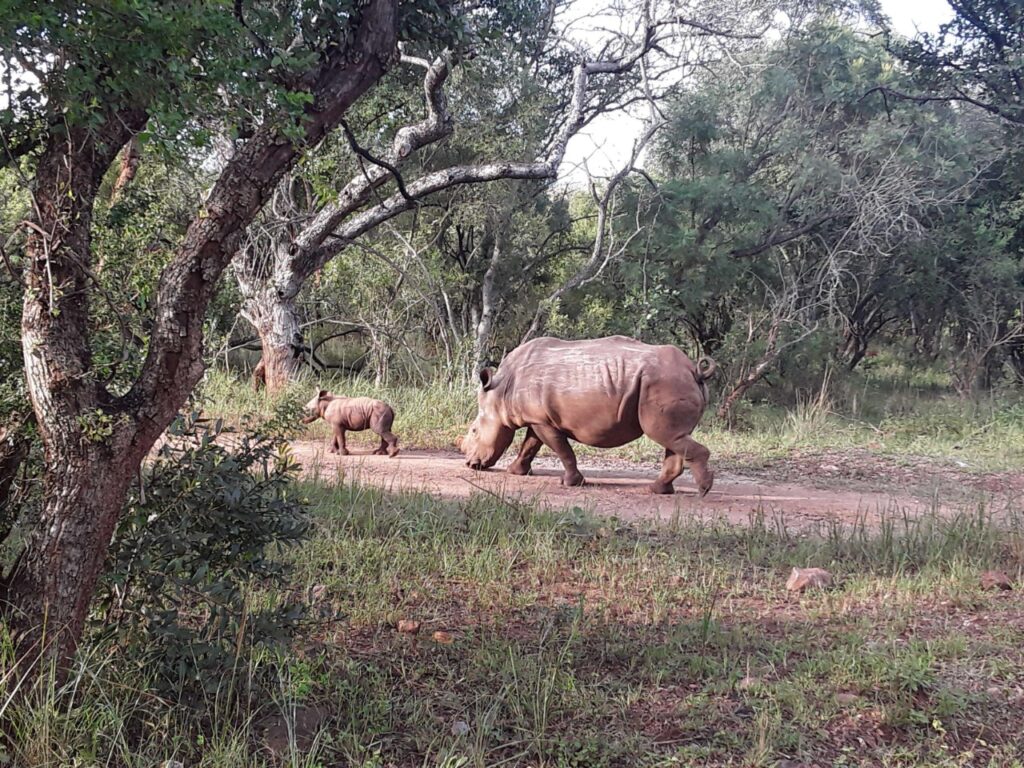