Daisy is very nearly 7 months old and has just reached another monumental milestone. She was recently introduced to fellow orphans Aquazi and Shiloh. Daisy has been neighbours with Shiloh and Aquazi since she moved from the ICU but has only met them through the boma poles. As expected Daisy was initially very unsure of her new companions but Shiloh and Aquazi were so gentle and calm that after a couple of sessions, Daisy began to approach them herself and even tried to play. These might seem like small steps but they are very important steps in her rehabilitation journey. She is now spending around 20-25 mins a day with them which will increase as she grows in confidence and their relationship develops.

Even though Daisy is busy making new friends, she remains close to Modjadji for now. It is important to remember that for both Daisy and Modjadji our long-term goal is a successful release back into their natural ecosystems with their own species. Whilst Daisy starts spending more time with rhinos, Modjadji will increase her walks to the veldt to investigate her future home and meet the other wildlife that lives there. Modjadji is loving these adventurous expeditions! 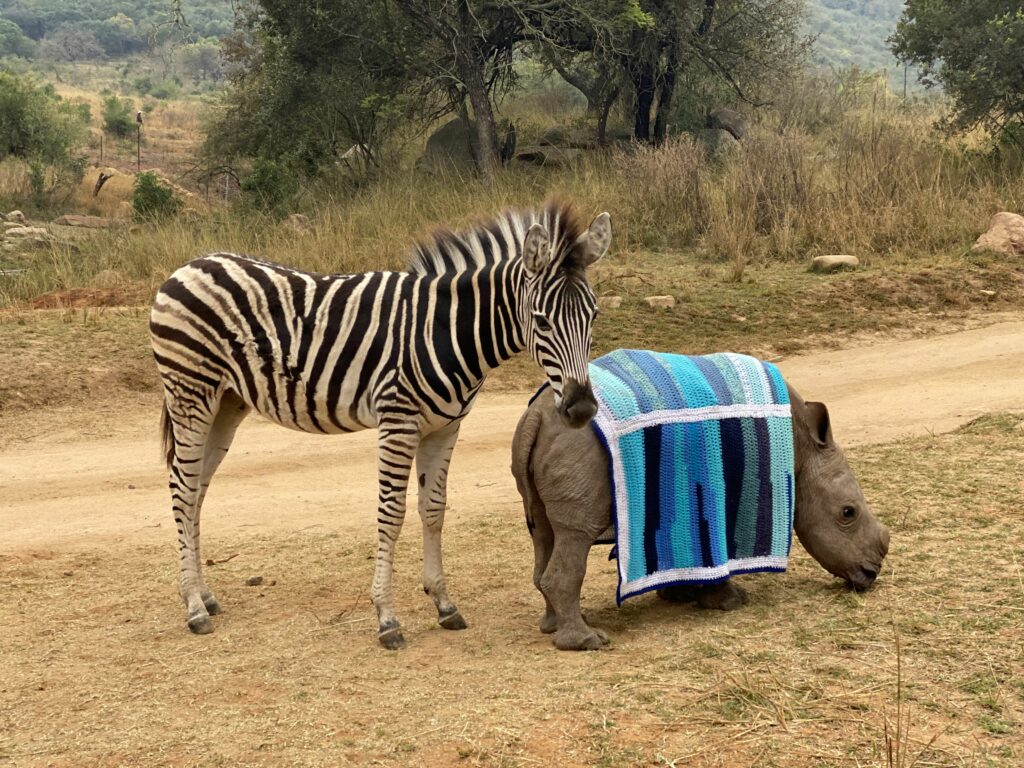